Balnearia or Bagnaia, in Latin or in vernacular means "place of the baths", because of the abundant water that surrounds it.
Bagnaia stands on a huge outcrop of peperino (volcanic stone), 425mt above sea level; it's surrounded by dense forests which constitute the slopes of the Cimini mountains.

At the time of the Etruscans the current village was located on the road that connected the Etruscan town Ferento to the slopes of the Cimini. Due to its strategic value, Emperors, Germans, Normans, Saracens, Cardinals and Popes lived in Bagnaia.
Desiderio, the last king of the Longobards, in the middle of the year 700 claimed to have erected the "Castrum Balneariam".

Bagnaia then passed from a feudal lord to another and its history goes hand in hand with Viterbo.
The tower was built in 1221 and the building beside was built as the seat of the bishop's estate: later it was called the "Castle".
Since 1498 with the election of Cardinal Riario as the Bishop of Viterbo a century begins givin birth to the transformation of the village: the hunting ground was turned into a beautiful garden, which later was beautified by the genius of Vignola who erected a Villa, which became "Lante della Rovere".

In order to connect the ancient Town to the Villa, the architect Ghinucci created an urban structure called "Bagnaia di Fuori" to distinguish it from "Bagnaia di Dentro", the older, which is accessible through the door of the Town . 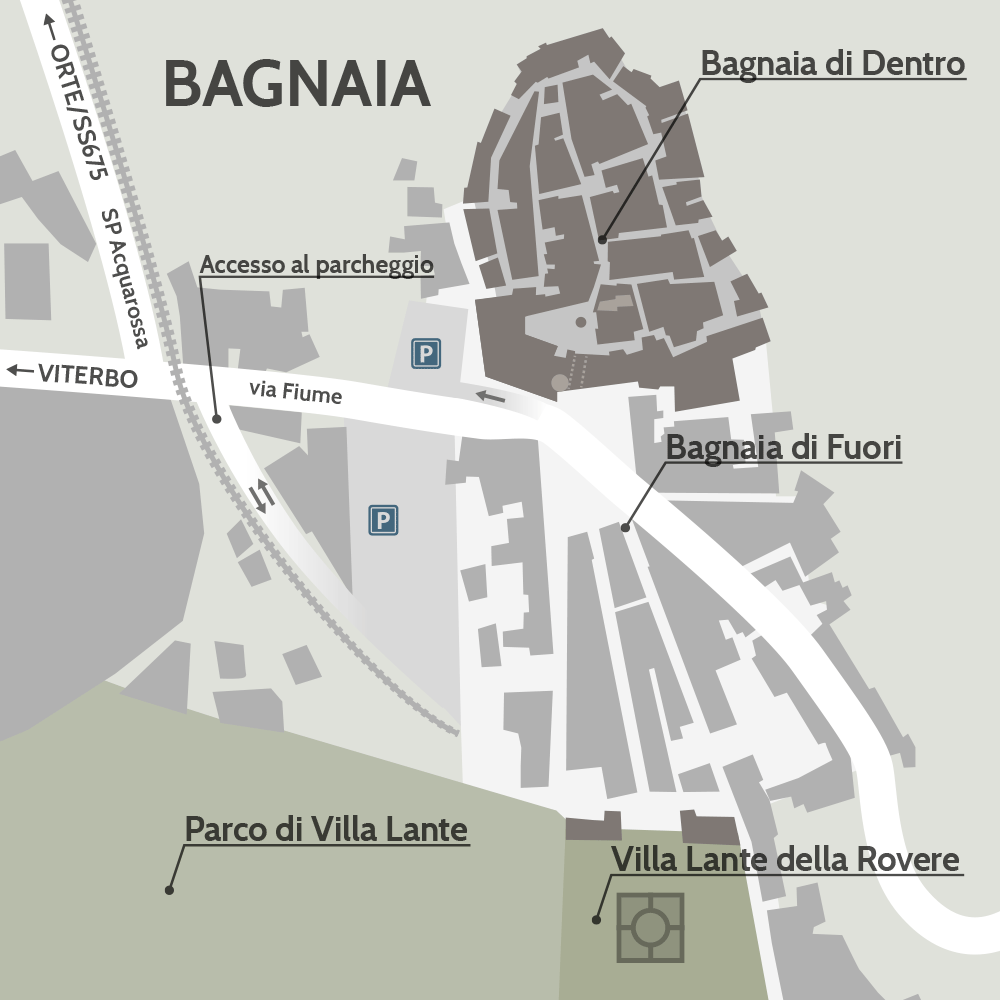 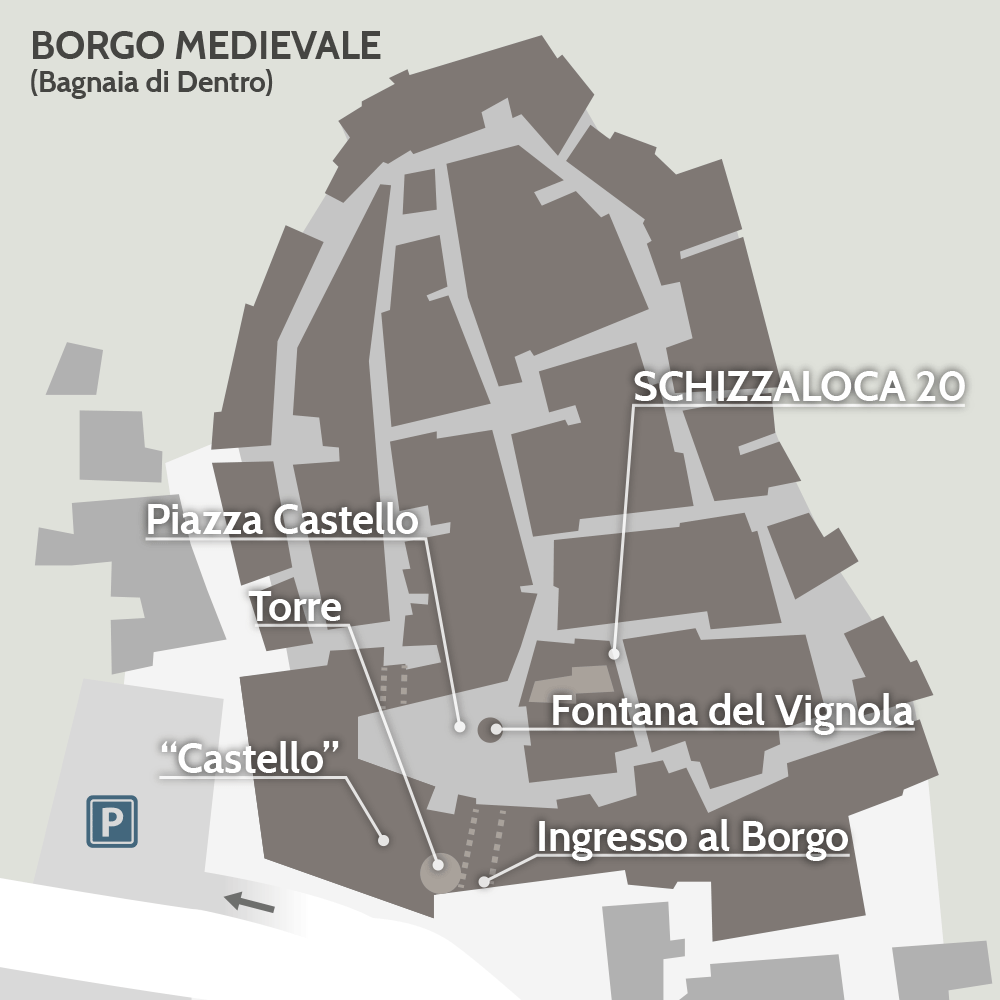 From Bagnaia you can easily reach destinations of great interest:

Typical example of the Mannerist Italian garden of the sixteenth century.
Visit the official page

With the cloister by Bramante and lunettes ceramics by Luca and Andrea della Robbia.

Terme dei Papi : open all year round, with a pool of sulphurous water at 58 degrees, mud treatments inhalants.
The Baths of Bullicame: mentioned by Dante Alighieri in the Inferno Canto XII, have pools that flow in the open air and offer free attendance.
The Baths Bagnaccio.

The spectacular beech forest at the top of Mount Cimino : a forest of beech trees up to 30 meters high, whose trunks were used by the ancient Romans for the construction of ships, for the second Punic War against Carthage.

Still in the woods of Mount Cimino there are several hiking trails that lead from 400m to 1000m.

Perhaps one of the most important Etruscan necropolis.

The so-called "dying city", so named because it is located on a clay hill destined to collapse because of the incessant erosion.

HOW TO REACH BAGNAIA

You can book a horse ride to visit the surroundings.
Service is offered by Cimina Equitrek.